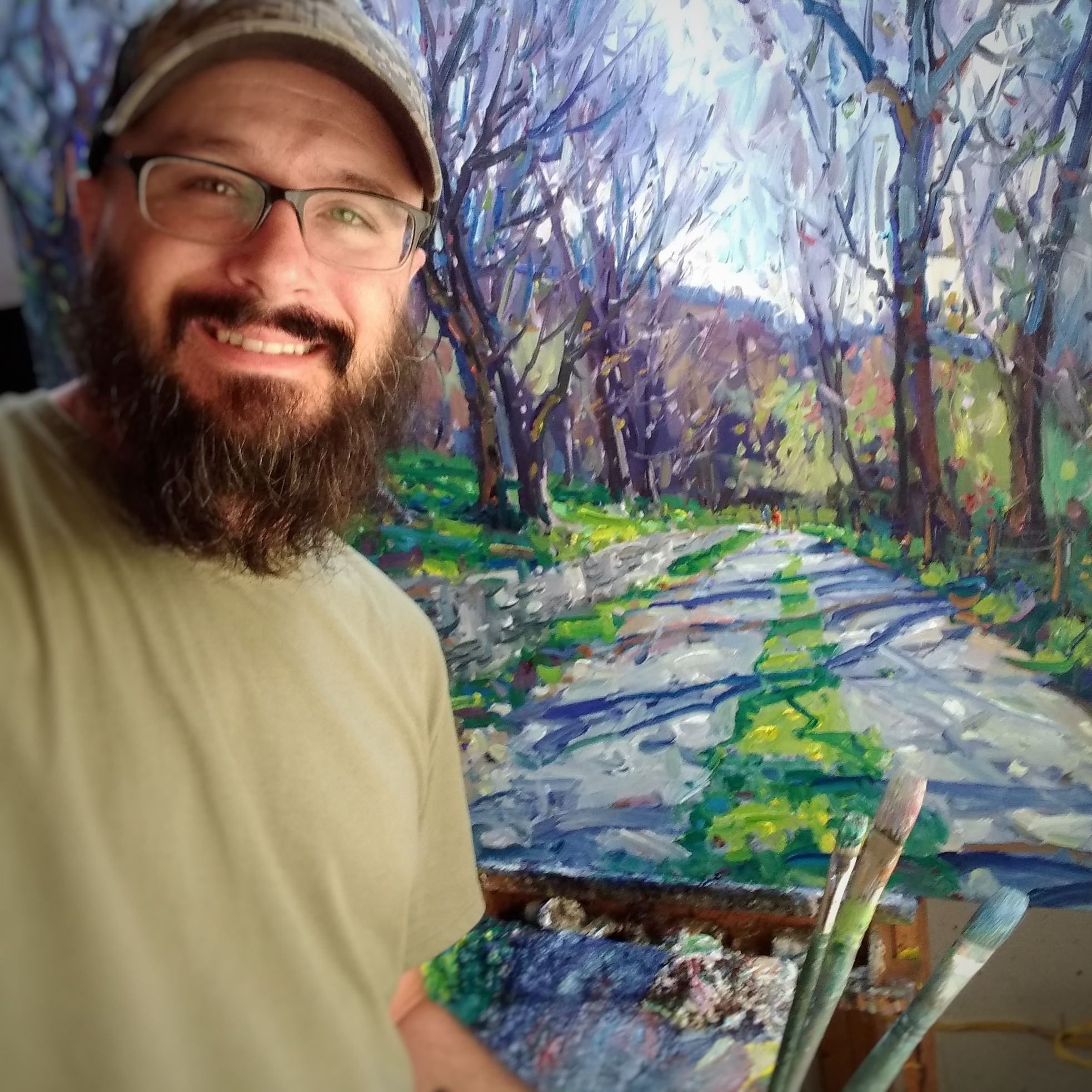 Kyle Buckland was born in Wilmington, Delaware, in January of 1984. Both parents fostered in him a deep appreciation for the arts and nature. As a child, his home was filled with a myriad of art objects and hundreds of art books of all genre. At age thirteen, after reading John Rewald’s The History of Impressionism, he began to take a keen interest in the French painters and the philosophies regarding plein air painting. He first became infatuated with the work of Monet, specifically his use of blues and purples to depict shadows and his ability to capture colored atmosphere.

At about age fourteen, he purchased Daniel Wildenstein’s four volume, fifteen-hundred page catalogue raisonne of Monet’s work, and within a year he had literally worn the covers off the books. Within this same period, he moved with his family from the inner city of Wilmington, five hundred miles south, to the Appalachian region of Southwestern Virginia. There, surrounded by mountains and lakes and thousand acre farms (some older than America, herself), he began to emulate the greats by moving outdoors and painting en plein air. At age 16, he traded his acrylics for oils and began a long personal and obsessive journey in an attempt to capture the colored nuances of the world around him.

Today, his style of painting, which is deeply rooted in the fundamental philosophies regarding Impressionism, is as unique as his subject matter is inviting. His work has been featured at Outdoor Painter.com, the home of Plein Air Magazine, over half a dozen times. He has won numerous awards, conducted paint-outs and taught painting classes at every level. His work is represented in hundreds of private, public and corporate collections around the world. He now resides in a small nineteenth century farm house/studio in Abingdon, Virginia, with his lovely wife, Jennifer, an artist in her own right, and their two dogs and two cats.