Arts at the Center: A History of Black Mountain College 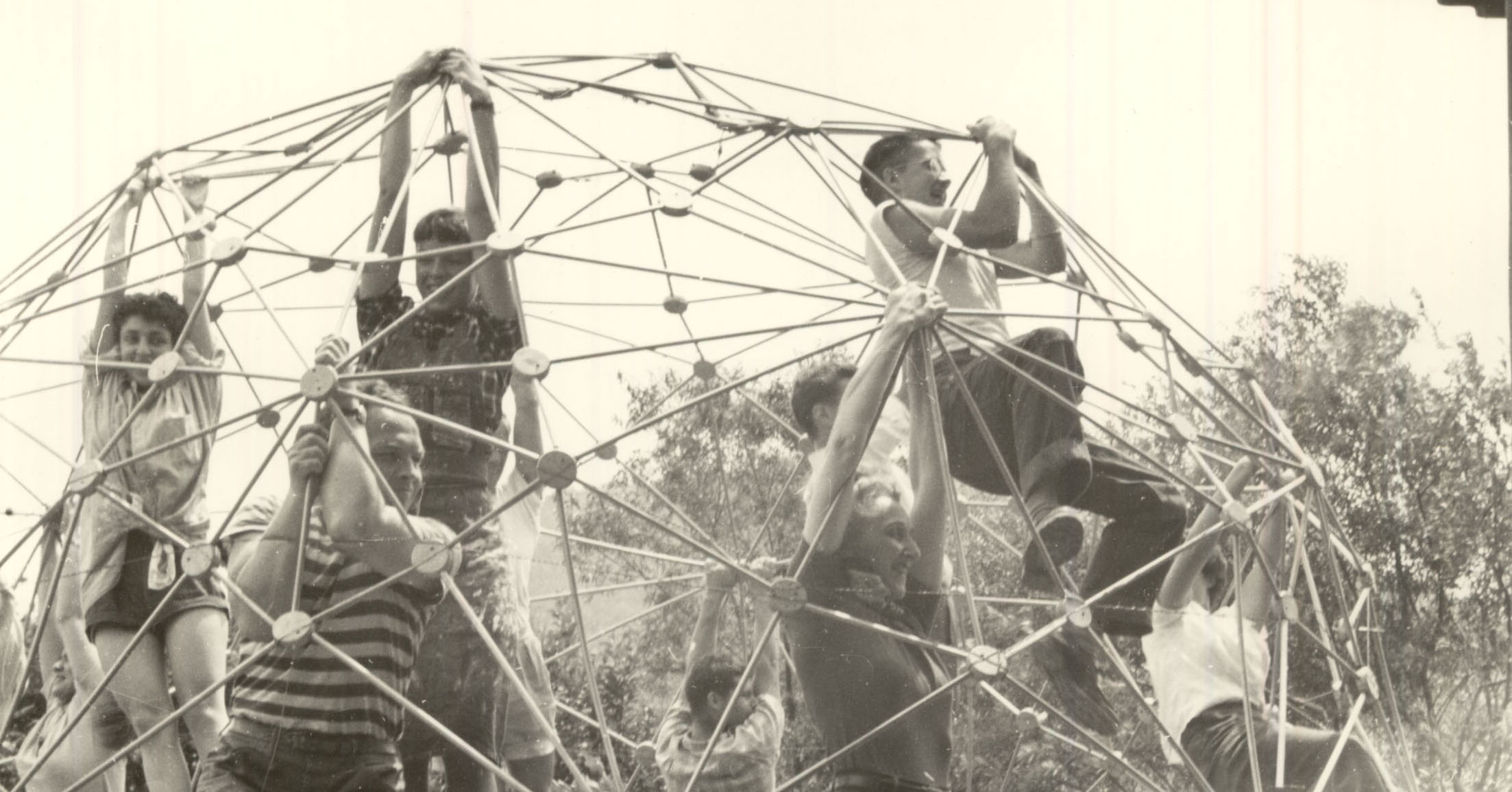 Black Mountain College was an experiment in progressive education that brought together creative minds from all over the globe to the rural Swannanoa Valley of Black Mountain, North Carolina. As a liberal arts school, the College was short-lived, opening in 1933 and closing by 1957 due to financial struggles and other structural challenges. What happened during those years, however, was impactful and progressive, and it’s lasting legacy continues to influence the way we look at education, the arts, democracy, and social justice. John Andrew Rice, Jr. founded the College with the idea that the arts should be at the center of a liberal arts education. Some of the worlds greatest modern artists, writers, performers, musicians, and even scientists served as students and faculty at Black Mountain College, including Josef & Anni Albers, Charles Olsen, Merce Cunningham, Robert Rauschenberg, Willem & Elaine de Kooning, Buckminster Fuller, M.C. Richards, and many others. The history of Black Mountain College continues to sing throughout the Appalachian mountains, and its influences and ideas echo even further.

Arts at the Center: A History of Black Mountain College explores several components of this rich history and its relationship to North Carolina. The exhibition is opening in collaboration with the Black Mountain College Semester at Appalachian State University in Boone, NC, a culmination of exhibitions, events, and research projects that will run through Spring 2018.

Special thanks to the NC Humanities Council, the Center for Appalachian Studies at Appalachian State University, the Turchin Center for the Visual Arts, the Western Regional Archives of NC, the Asheville Art Museum, the Hickory Museum of Art, and the Jerald Melberg Gallery of Charlotte, NC. 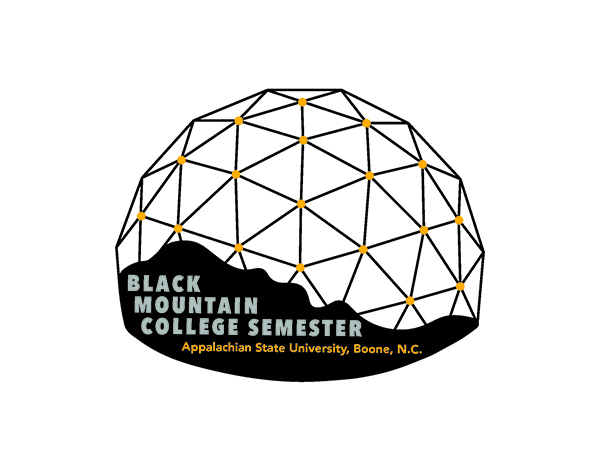 Additional information about each listed event
and speaker can be found online at
http://cas.appstate.edu/blackmountaincollege

In the film, we witness M.C. Richards engaging in contemplative questioning regarding the nature of art, imagination, wholeness, community, and our place in the cosmos. She inspires us to live creatively, to believe in ourselves, to experience the sensuality of existence. This is a film not just about M.C. It’s about all of our quests to become authentic creators of art and community.

January 19, 2018
Geodesic dome building with students and faculty on the campus of Appalachian State University

Cathryn Zommer is a graduate of the Institute for Integrative Nutrition, a certified Holistic Health Counselor and she has a White Belt in Nia. Along with Nealy House, she made the Black Mountain College film, Fully Awake: Black Mountain College, which came out in 2008. She is currently the Executive Director of Enough Pie, a non-profit catalyzing community engagement through creativity in Charleston's Upper Peninsula.

Joseph Bathanti is a former Poet Laureate of North Carolina (2012-14) and is the author of sixteen books of award-winning poetry. Bathanti is a Professor of Creative Writing at Appalachian State University in Boone, NC.

Alice Sebrell earned her MFA in Photography from The Savannah College of Art and Design and her BFA from the University of Delaware. She has worked for the Black Mountain College Museum + Arts Center since 1999 and is currently the Program Director for the organization.

Dr. Clark Maddux earned his PhD in American Studies from Purdue University in 2001. He was named the Director of Watauga Residential College at Appalachian State University in July of 2014. Committed to student success and academic excellence, Dr. Maddux has taught undergraduate and graduate courses ranging from first-year seminar to early American literature and philosophy. Dr. Maddux is the editor for Ezra through the Psalms and the co-editor, with Professor Rick Kennedy from Point Loma Nazarene University and Paul Peterson of the University of Heidelberg, for John and Acts.

Frank Hursh is a painter and alum of Black Mountain College.

Basil King is a poet and a prolific visual artist who was a student at Black Mountain College. He often explains his art by saying, “From the abstract to the figure, from the figure to the abstract makes an edge of exquisite distance and distance gives us our sensations.” Today, he goes back and forth between painting and writing, on two different floors of the house in Brooklyn he shares with his wife Martha King, fellow BMC student.

David Silver is an associate professor of media studies and environmental studies and coordinator of the urban agriculture minor at San Francisco State University. David teaches classes on media history, social media production, and food and media, and is currently working on a multimedia history of the farm at Black Mountain College. He has been scholar-in-residence at North Carolina State University and worked with NCSU’s library and IT staff to design multiple video walls to accompany his talk on the founding of the farm at Black Mountain College. He assembled a collage of photographs of the student-farmers from 1933-1934 who founded the farm.

Anne Waldman is an internationally recognized and acclaimed poet who has been an active member of the “Outrider” experimental poetry community, a culture she has helped create and nurture for over four decades. Her poetry is recognized in the lineage of Whitman and Ginsberg, and in the Beat, New York School and Black Mountain trajectories of the New American Poetry. She is the author of more than 40 books, including the mini-classic Fast Speaking Woman. She co-founded with Allen Ginsberg of the celebrated Jack Kerouac School of Disembodied Poetics at Naropa University where she is Distinguished Professor of Poetics. She is the editor of Nice to See You, an homage to poet Ted Berrigan, The Beat Book, and co-editor of The Angel Hair Anthology. Waldman is a recipient of the Poetry Society of America’s Shelley Memorial Award, and has recently been appointed a Chancellor of The Academy of American Poets.

Julie Thomson is an independent scholar and curator who has been researching and writing about the Black Mountain College artist, Ray Johnson since 2006. She is also interested in photography and Black Mountain College. Her writing has appeared in Black Mountain College Studies, the Independent Weekly, Raw Vision, and Art Lies. She has an M.A. in Art History from the University of Massachusetts Amherst and was a Critical Studies Fellow in the Core Program, Museum of Fine Arts Houston in 2010-2011.

Lucy Massie Phenix created the 2008 award-winning film, Don’t Know, We’ll See: The Work of Karen Karnes, that explores the poetry and mystery of the life and work of master clay artist, Karen Karnes, who studied and taught at Black Mountain College.

Lucy Massie Phenix created the 2008 award-winning film, Don’t Know, We’ll See: The Work of Karen Karnes, that explores the poetry and mystery of the life and work of master clay artist, Karen Karnes, who studied and taught at Black Mountain College.