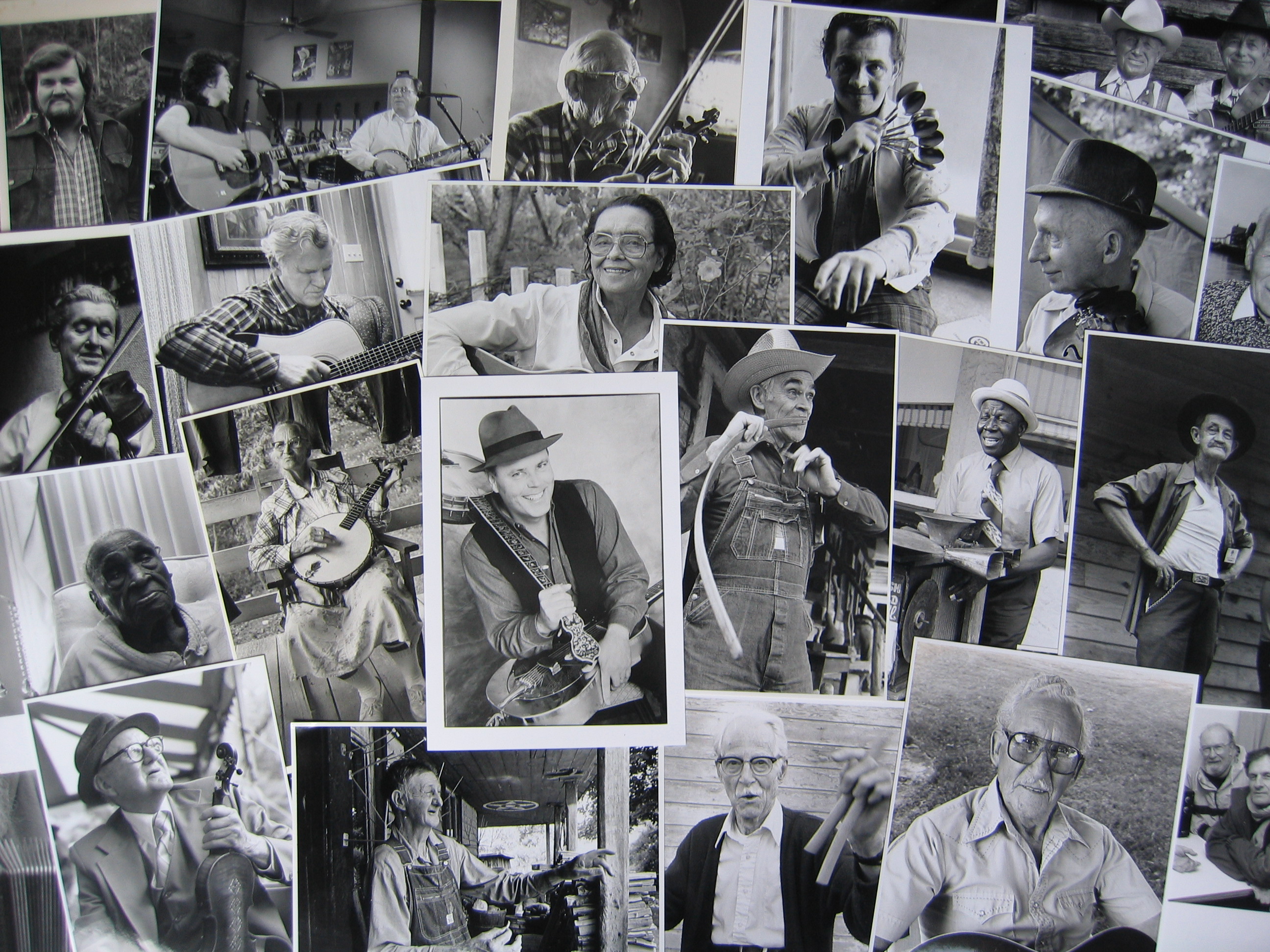 David Holt is a four-time Grammy Award winner who has toured full-time as a folk musician and entertainer since 1981. He is among the most recognizable ambassadors of traditional Southern music and storytelling. Texas-born, Holt moved to the North Carolina mountains in 1968 after finishing college, and began to learn traditional music and stories from such revered Carolinians as Dellie Norton, Ray Hicks, Etta Baker, and Doc Watson. “Mentors & Heroes” features a selection of Holt’s photographs, portraits of people he would call “his heroes.”

“One of the greatest things in my life has been to get to know and learn from so many wonderful mentors,” says photographer, David Holt. “As it happened, I was able to witness the end of an era, the last of the pioneer generation. These folks have a power and wisdom that you just don’t see in the modern world. They grew up before self-doubt was invented.  I learned a lot more from them than simply music, although that was my focus. When I perform I like to think the spirits of these folks are standing behind me. Hopefully, something of their creativity and spirit comes through. Luckily, I love photography as well as music and took a lot of pictures of the folks who I learned from. There are many more mentors than the few shown here, but I think you can get a sense of how special these folks are.”

The Mentors & Heroes Exhibit can be found in the second floor Alexander Community Gallery.