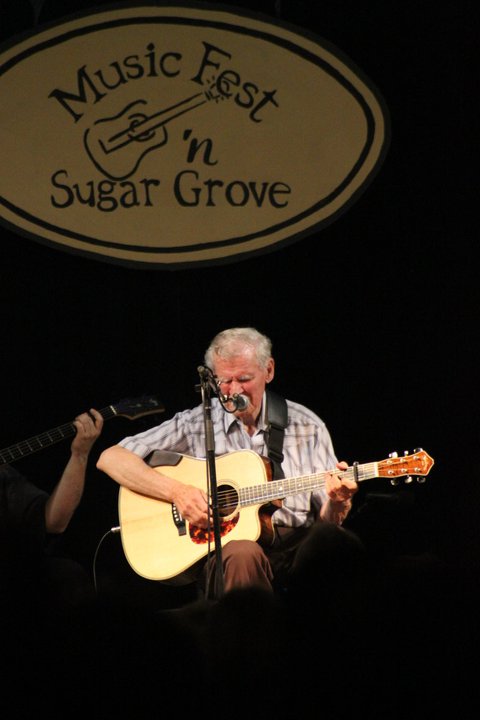 Arthel “Doc” Watson was one of the greatest guitarists the world has ever seen. His lightning-fast guitar licks and smooth baritone voice earned him international recognition and 8 Grammy awards. When he emerged on the national music scene during the Folk Revival of the 1960’s he was billed as a pure folk artist who learned his repertoire from his forefathers on the front porch. While Doc performed many songs passed down from family, he also learned songs from the radio and records. In this talk, we will explore Doc’s life, influences, style and look at his legacy. This lecture will be a mix of music, film, family stories, and ethnomusicology.

Willard Watson III is originally from Fayetteville, North Carolina, Willard moved to Boone in 2008, but his roots run deep in Watauga County. His great-grandfather and namesake, Willard Watson I, was a well-known toy carver, moonshiner, and dancer. Willard has a Masters in Appalachian Studies with a concentration in Sustainability and a Bachelors of Science in Sustainable Development both from Appalachian State University. Willard’s academic and volunteer passions intersect on the topic of cultural preservation and community development through the creative arts.

From 2010-2014 he was an organizer of the Doc & Rosa Lee Watson MusicFest ‘n Sugar Grove. During his tenure at the MusicFest Willard was able to develop a relationship with Doc & Rosa Lee and spend time with them until their passing in 2012.